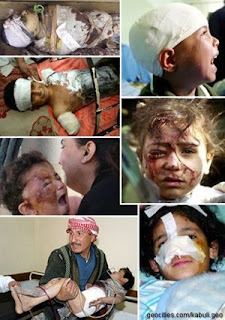 Though the governments of the west have not made their declaration of war on the poor officially, their actions and violations of GOD and LAW have declared it for them. 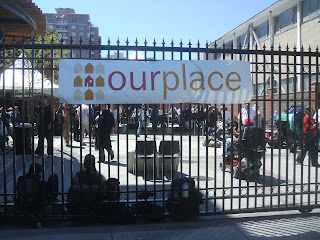 Now there are two kinds of casualties of war...mine and theirs. Mine is a far larger number, as it also includes ALL of theirs. 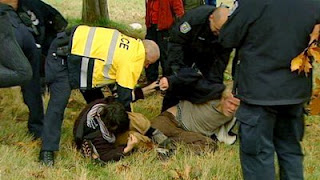 Everyday in the news they will tell you how many of theirs have been lost. Yet mine are never reported, as those numbers don't seem to count with you...or you might have stepped over to my side of the line, that they drew and crossed. 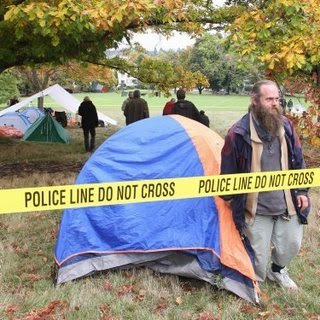 While you weren't looking, they drew a line behind your backs - you are ALL on the wrong side of it now...now it will require an action from you to right your 'self'. invite Terrorist and War Criminal
George W. Bush
to speak in Calgary-(Oil Province).
Despite the FACT that the majority of Canadians consider George Bush a "War Criminal" and terrorist himself, and despite the FACT Canada has a no entry policy for terrorists, RCMP and Policing agencies of Canada are too busy covering up their own murders and crimes against humanity to bother arresting Mr. Bush.
In FACT, they are now guilty of conspiracy by protecting him, violating the peoples trust yet again in lew of following the orders of the corporate AGENDA.
I guess the old saying of; "Money talks and bullshit walks" has turned into "Money talks so loud the TRUTH is unable to get a word in."

While people continue to pay taxes to corrupt officials, they continue to support their behaviour and make themselves guilty by association. I have withdrawn my support of these criminals and also refuse to accept any "Blood Money" from them since 1996. False charges have been brought against me and been defeated. Attempts on my life have been made by police without success. Attempts to have me committed against my will to destroy my credability have also failed.

Yet countless numbers of other Canadians, mostly poor and homeless, are murdered daily across Canada by police and policy, without so much as a whimper from the majority of Canadians, who instead continue their support of these actions.

Even Don Cherry, Canada's outspoken hockey guru takes time during his segments on Coach's Corner to recognize fallen soldiers in Afghanistan, but doesn't waste his TV time on the number of Canada's poor being killed daily by corporate policy denying them even the ability to SLEEP, our most natural neccessity...Afterall, he doesn't have enough air time for that. Perhaps Don could tell George that if he's still looking for "Weapons of Mass Destruction", he need only look in his own backyard.

Posted by ancient clown at 11:44 am No comments: