In TRUTH, &quot;EVIL&quot; simply means; &quot;Live Backwards&quot;, both in presentation and definition. The rich like to accuse the poor of being lazy, but keep denying how they REFUSE to let them do anything, other than being a SLAVE.Without TRUTH, there is no JUSTICE.Without JUSTICE, there is no FREEDOM.

PLEASE, Sign my Petition,
to be sent to the Prime Minster of Canada.

FAQ: ancient,
I read your reply and understand the principles, but still have a question.
If country grocer is a private business on private property
does he not have the right to ask you not to do certain things on his property.
Just askin my brother.

MY ANSWER: i do understand your question, as it's shared by many due to corruption...Like the Police enforcing human rights abuse instead of preventing it.
That is why i shared that last *SPECIAL NOTE, in the post.

Essentially, this means that even though it's a private business on private property, it is within the community and has to provide FULL public access, including for handicapped.
That also means that unless i'm damaging property, or are a threat to myself or others, they are FORCED to remain OBLIGED to follow Human Rights Laws.

By even Posting; "No BUSKING" they are showing discrimination against me.
By (pre-meditated) meeting with Police to ensure enforcement of a non-law is Conspiracy.
If i die...Conspiracy to Commit Murder.

By simply moving and allowing that sign to remain i allow for it to follow wherever buskers go because there is no such thing as PUBLIC LAND....everything is Private Property now.
Posted by ancient clown at 6:24 pm 2 comments: To the woman, (i would have called you a Lady, had you been one), in the expensive white vehicle with the license 511-AWE.

The fact, that you were extremely rude and kept interrupting me when i was teaching your grandson the Ancient Tree Lessons for free, is not what upsets me.

The fact, that you told your grandson to take one for his mother and i had to tell him to; "Put it back please." is not what upsets me, as anyone can make assumptions, though it is not wise.

The fact, that even when i told you the tree is; "NOT FOR SALE" and you simply asked; "Why not?" and again told your grandson; "It's OK to take it", again forcing me to instruct him to return it, making him uncomfortable, yet it is not even that which upsets me most.

Nor is it even the fact, that after telling you a second time the tree was "Not for Sale to you", you still told your grandson it was OK to take it for his mother and you would; "Take care of him later.", teaching him, you can be as disrespectful and take whatever you want from the poor and it is okay.

What upsets me more than your arrogance, rudeness and lack of any social grace toward me, is that you made your grandson commit the action of the theft, because if YOU had of reached for it, i would have smacked your hand.

Perhaps i should have smacked his hand for committing wrongful acts, no matter whom tells him to and to think about his own actions first, but he was just an innocent child being corrupted and not truly the one deserving of being smacked. So the third time i told him he could; "Take the tree to show his mother." Thus absolving him of any crime and mark upon his soul. YOU, however are an adult and i did not say YOU could HAVE IT.

Now, if you had not also lied to your grandson and actually had come back to see me after you put him on the ferry, as you had promised him, i would have told you then what i will tell you now...I choose to teach for free.
I don't have to make a tree for you.
I don't have to sell you a tree.
I can make as many trees as i see fit and never have to accept ANYTHING you have to offer for ANY of them, big or small.
Anyone can have a free tree lesson, but i decide who gets to have one of my trees and what kind of exchange it is...not you, nor anyone else.

Since you didn't posses the character and integrity, let alone decency to return to me and even introduce yourself, or apologize for your rudeness, or make any attempt to make amends in any way for your transgressions, it is clear it is you in most need of ancient Lessons.

As you failed to LISTEN the first time, it would not be wise to repeat your mistake...I'm offering you 3 choices:

1). You can go to your daughter and explain to her how you used her child to steal the gift she was given, and you have to take it back to the man that made it.
Then you AND your grandson will return and, in front of me, YOU will explain that what you did was wrong and why.
Then you will give me back the tree you stole and apologize to your grandson for lying to him and making him take something that did not belong to you.
Then you will apologize to me.
OR
2). You can pay me full price for the tree, which is $1 Million Dollars (You are lucky because the big ones start at $25 Million).
OR
3). If you don't choose #1 or #2, i can charge you with the theft of my priceless fine art and also sue you for the price of the tree, plus pain and suffering caused by someone using a child to steal from me.

Personally, i think #1 is the most just and merciful of the 3 options, but the choice is yours...for now.
Posted by ancient clown at 5:55 pm No comments: 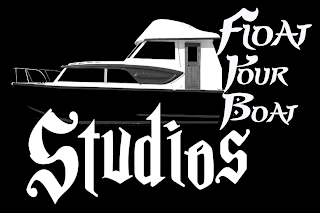 Blessings everyone;
Welcome to the Official release of my animated short; "ancient's BIBLE". I used the open source programs; Blender and Gimp to create, model and animate the following short and Windows Movie Maker to edit it together.
Please share if you enjoy it.
Thank you.
your humble servant,

Posted by ancient clown at 12:03 pm No comments:

(Shared by Briony Penn in the Salt Spring Exchange followed by my response)
The following are excerpts from Dr. Darcy Mathews, archaeologist
in a letter responding to Mr. Slawsky's lawyer's inaccuracies sent to the CRD. (That letter formed the basis of Mr. Slawsky's op-ed.) Let's make this a real discussion Salt Spring with respect for all cultures.
"Re: Grace Islet Cemetery and the letter from Sharpray, Cramer, Fitterman, and Lamer, dated July 25, 2014

My response; "Blessings Briony and thank you for sharing relevant information. It is long overdue for people to Recognize, Re-examine and Realize they are only following and supporting Liars, Murderers and Thieves with their own claims of ownership of the Lands and Waters...That's why GOD gave it to me.
"I own all Land" and "I own all Water" (Phrases hidden in my name that i can spell it out for you non-believers).
your humble servant,
ancient ward vall clown"
Posted by ancient clown at 1:23 pm No comments: