Years ago, when I was still naive and thought cops were mostly honest, politicians really tried to make a difference for the better, and people actually cared about each other, I thought I could solve all the problems in Canada, and of the world, if I could only find...

As I said, that was years ago, and sadly I must report I've yet to find any of the above and I'm no longer that naive...but seriously, not even ONE of them.
Now you must understand I'm looking for the REAL honest guys, not just the ones that say they are. If you're a cop and even though you haven't personally robbed nor assaulted the poor, but you've turned your back while your partner has...You are 'NOT HONEST'. 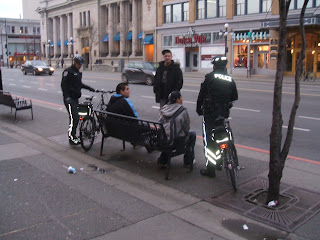 The Racist Snobs of Victoria, B.C. look down their noses at the poor and must ENJOY them being assaulted, harassed, violated on a daily basis and would like to have it increased, cause they keep asking for MORE POLICE...to control the nasty natives/poor like the ones in the above picture who dared to sit on the bus benches that are silently reserved for the rich white folks...(unless I'm blind & stupid and you can tell me what crime is being commited to draw the attention of these bike cops...aside from being native and sitting on a bench, they weren't arrested...just "run off"). 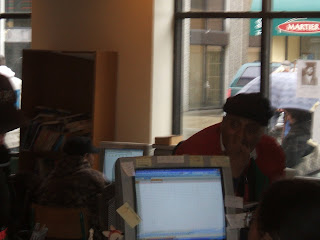 The guy on the computer here in the background is one of the former night staff, that again assaulted me and was not only NOT kicked out for it, he's already been on the computer for over an hour, even though we are supposed to observe a half-hour time limit, and was STILL there when I left, despite me pointing this out to the OTHER offenders...ahem, I mean...staff at the desk.
Reverend Al has moved his office and left me waiting for a meeting that I requested over three weeks ago. (ever since I caught the ENTIRE night staff smoking pot out back).
Today I was kicked out at 'Cool Aid' because somebody had assaulted somebody else BEFORE I even got there, but the lady in charge is incompetent and decided she needs to close the place to EVERYBODY in order to maintain order.
Since I complained to her about her incompetence, she decided to BAN me for two weeks.
Our people have nobody to complain to...if they do, they are attacked and punished just like this. These were the types of things I thought desperately NEEDED to be fixed in our society as they are at the ROOT of all our problems.
These were the types of things that sent me looking for an honest cop, lawyer, and judge in the first place...before I realized just HOW naive I was, and how LITTLE people really cared.

That been a small part of my day...how's yours?
Posted by ancient clown at 2:00 pm 6 comments: 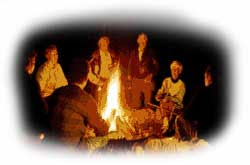 Six humans trapped by happenstance
In dark and bitter cold
Each possessed a stick of wood--
Or so the story's told.

Their dying fire in need of logs,
But the first one held hers back,
For, of the faces around the fire,
She noticed one was black.
The next one looked cross the way
Saw one not of his church,
And could not bring himself to give
The fire his stick of birch.
The third one sat in tattered clothes
He gave his coat a hitch,
Why should his log be put to use
To warm the idle rich?
The rich man just sat back and thought
Of wealth he had in store,
And keeping all that he had earned
From the lazy, shiftless poor.
The black man's face bespoke revenge
As the fire passed from his sight,
For he saw in his stick of wood
A chance to spite the white.
And the last man of this forlorn group
Did nought except for gain,
Giving just to those who gave
Was how he played the game,
Their sticks held tight in death's stilled hands
Was proof enough of sin;
They did not die from cold without--
They died from cold within.
-- James Patrick Kinney
Posted by ancient clown at 3:22 pm 4 comments:

I recieved these in an e-mail from a friend,(thanks Frank).
(THESE PHOTOS HAVE NOT BEEN EDITED EXCEPT THE ONE WITH THE CIRCLE. BUT THE CIRCLE WAS THE ONLY THING CHANGED.)
a man 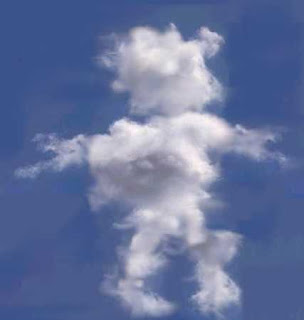 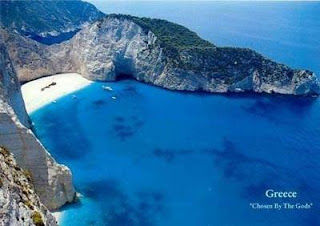 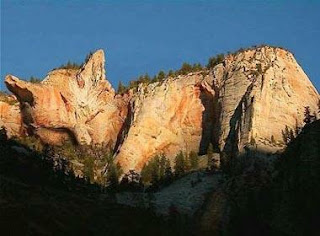 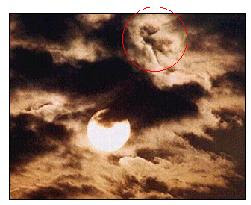 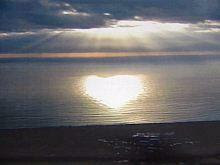 the hands of GOD 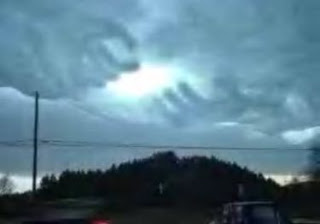 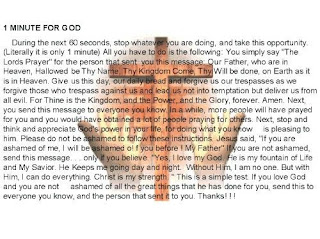 Blessings to you all,

This is just a quick little cartoon I sketched on the back of a smoke pack. Hope ya like it.

Quick question...
How much do you charge for an extinct salmon?
What would you you serve with it?
Have a thoughtful day.
Posted by ancient clown at 5:23 pm 1 comment:

Israel, Iran top 'negative list' By Nick Childs BBC world affairs correspondent A majority of people believe that Israel and Iran have a mainly negative influence in the world, a poll for the BBC World Service suggests. It shows that the two countries are closely followed by the United States and North Korea. The poll asked 28,000 people in 27 countries to rate a dozen countries plus the EU in terms of whether they have a positive or negative influence. Canada, Japan and the EU are viewed most positively in the survey. 'Traditional divides' In January, the BBC World Service revealed polling results that suggested most people think the US has a mainly negative influence in the world - and that the numbers had increased significantly in the last couple of years.
This latest GlobeScan survey, mostly of the same people, confirms those findings. But it also suggests that two countries are viewed even more negatively - first Israel, and then Iran. North Korea is just behind the US. Israel, of course, has long provoked sharp international reactions, and last year was involved in a controversial war in Lebanon. Iran and North Korea have both been at the centre of international disputes over their nuclear programmes. Canada, Japan, and the EU are viewed most positively, perhaps because they have all taken less high-profile roles in the world's recent confrontations. India is one country in the survey that seems to have improved its standing in the last year.
In general, opinion seems to divide along the traditional fault lines of international politics. Israel is viewed most negatively in the Muslim countries of the Middle East, although also in Europe. Iran is viewed most positively in the Muslim world. Japan is generally viewed positively, except in China and South Korea. The EU similarly gets good marks, except most notably in Turkey, and also in parts of the Middle East.

But as they say in the advertising game;

"IMAGE IS NOTHING...THIRST IS EVERYTHING."

I wonder how many people taking this poll know about the NATIVE GENOCIDE that in still ongoing with contaminated water supplies, oppression, torture, etc.

I wonder how many people taking this poll are even aware of the HOURLY violations to their basic human rights the poor & homeless suffer at the hands of police & officials.

I wonder how many people reading this post care...enough to Stand with us, and change it.

Posted by ancient clown at 5:22 pm No comments: